Why long life span of FCD？

1 The enlarged cooling channel avoids the micro-channel blockage, which ensures the cooling effectively.

2 With a bigger volume of laser generator, the decreased heat flux prevents the thermal damage to the laser. 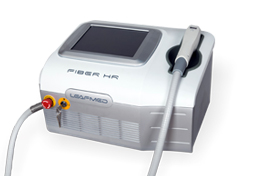 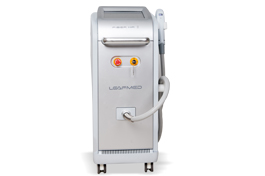 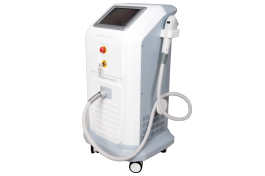 The simplest case is that of a VCSEL (vertical cavity surface-emitting laser), which usually emits a beam with high beam quality, moderate beam divergence, no astigmatism, and a circular intensity profile. A simple spherical lens is sufficient for imaging the emitting spot to the core of a single-mode fiber. The coupling efficiency can be of the order of 70–80%. It is also possible to couple directly (butt couple) the fiber to the emitting surface of the VCSEL.

Small edge-emitting laser diodes also emit in a single spatial mode, thus in principle also allowing efficient coupling to a single-mode fiber. However, the coupling efficiency can be significantly degraded by the ellipticity of the beam, if a simple spherical lens is used. Also, the beam divergence is relatively high in at least one direction, requiring a lens with relatively high numerical aperture. Another problem is astigmatism of the diode output, particularly for gain-guided diodes; this may be compensated with an additional weak cylindrical lens. With output powers of up to a few hundred milliwatts, fiber-coupled gain-guided LDs can be used for, e.g., pumping erbium-doped fiber amplifiers.

Broad area laser diodes are spatially multimode in the long direction of the emitter. If a circular beam is simply shaped with a cylindrical lens (e.g. a fiber lens, see Figure 3) and then launched into a multimode fiber, a lot of the brightness will be lost, because the high beam quality in the fast axis direction can not be utilized. A power of e.g. 1 W can be launched into a multimode fiber with a 50-μm core diameter and a numerical aperture (NA) of 0.12. This is sufficient e.g. for pumping a low-power bulk laser, e.g. amicrochip laser. Even a launched power of 10 W is possible.

An improved technique for broad-area lasers is based on reshaping the beam for a symmetrized beam quality (and not only symmetrized beam radius) before launching. That allows for a higher brightness.

For diode bars (diode arrays), the problem of asymmetric beam quality is even more severe. Here, the outputs of individual emitters may be coupled into separate fibers of a fiber bundle. The fibers are arranged in a linear array on the side of the diode bar, but as a circular array on the output end. Alternatively, some kind of beam shaper for symmetrizing the beam quality may be used before launching into a single multimode fiber. This can be done e.g. with a two-mirror beam shaper or with some microoptical elements. It is possible e.g. to couple 30 W into a fiber with 200-μm (or even 100-μm) core diameter and an NA of 0.22. Such a device can be used for, e.g., pumping anNd:YAG or Nd:YVO4 laser with roughly 15 W of output power.

For diode stacks, fibers with still larger core diameters are used. It is possible e.g. to couple hundreds of watts (or even several kilowatts) of optical power into a fiber with a 600-μm core diameter and NA = 0.22.

Some potential disadvantages of fiber-coupled diode lasers, compared with free-space emitting lasers, are: